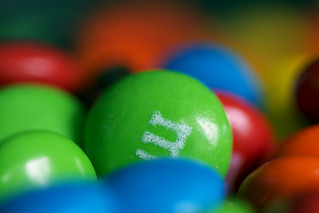 It turns out that there was method to Van Halen’s madness. Have you heard the story of David Lee Roth demanding that a bowl of M&Ms be placed in his dressing room, except that all of the brown M&Ms had to be removed, and if there was a single brown M&M in the bowl, Van Halen had the right to cancel that evening’s show? Despite the story sounding far-fetched, it is not about an eccentric rock star. The story is actually about checklists designed to keep everyone safe.

According to Atul Gawande who wrote The Checklist Manifesto, Van Halen’s truckloads of heavy equipment had to be set up correctly, especially in smaller arenas. If something was set up wrong, it could fall and crush someone. To ensure safety, Van Halen’s contract provided a detailed checklist of precise setup instructions. However, the checklist was only useful if it was followed. So, the band buried in the checklist the unexpected instruction to remove all brown M&Ms. When David Lee Roth arrived backstage, all he had to do was inspect his bowl for brown M&Ms to know whether or not the equipment checklist had been followed.

Mediators use checklists to provide you with a consistent and predictable process surrounding what can be an inconsistent and unpredictable negotiation. One of the checklists is the mediation agenda, which is a list of the issues that need to be addressed. Just as airplane pilots use concise checklists in emergency situations, mediation agendas work best when each issue is described with a short phrase that captures the main idea. These short phrases help ensure that issues don’t get forgotten.

According to Atul Gawande, sometimes people object to taking time to create a checklist. For example, in the past, some surgeons didn’t want to follow checklists. However, those surgeons became fans after they saw the improved results. Here are some improvements that you can expect with the creation of an agenda of issues in mediation:

Of course, just because an issue is on an agenda doesn’t mean that we have to talk about it. After all, sometimes an issue will decrease in importance during a negotiation. Similarly, if you think of an issue after we create an agenda, we can always add that issue. This makes an agenda a tool that helps keep mediation on track without it adding unnecessary constraints.

As you prepare for mediation and think through your needs and wants, be ready to explain them to your mediator so that they can be tracked on an agenda. Like airplane pilots and surgeons who benefit from checklists, you’ll appreciate that the mediation agenda is a simple checklist that will keep you focused on what is important to you.

Source: Gawande, Atul. The Checklist Manifesto: How to Get Things Right. Metropolitan Books, 2010.