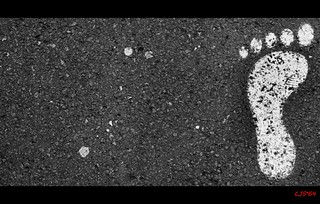 Family meetings are more than just a way to promote cooperation and joint decision making. Family meetings also provide an opportunity to respectfully discuss family disagreements and negotiate solutions. In the meetings, each family member is given time to talk and everyone else listens to understand each other. Most importantly, family members get to share with each other the emotions that they are feeling.

Dinner disaster: The foot is down!

Disney’s movie Inside Out shows what can go wrong when family members do not share how they are feeling. While sitting down to dinner, we get to look into the mind of eleven-year-old Riley as well as the minds of her parents. Each mind has a headquarters with a console operated by five Emotions: Joy, Sadness, Fear, Anger, and Disgust. Dinners with this family are usually fun and friendly. But this mealtime Riley is being sarcastic because Riley’s Joy and Sadness are absent from her headquarters, leaving Riley with just her Disgust, Fear and Anger. Mom’s Emotions, led by her Sadness, want to get Dad involved in the dinner conversation to figure out what is wrong with Riley, but he is slow to respond. That is because Dad’s Emotions are distracted watching a hockey game.

In Dad’s headquarters, Dad’s Anger notices Mom’s signals and says, “Uh-oh, she’s looking at us,” while clicking off the hockey game. Dad tries to pay attention and asks Riley about school, but Riley gives a dismissive response. Dad’s Fear reports, “Sir, she just rolled her eyes at us” and Dad lets Riley know that he doesn’t like her attitude. In Riley’s headquarters, Riley’s Anger is getting hot and says, “Oh, I’ll show you attitude, old man,” and Riley accusingly tells Dad to leave her alone. Dad’s Fear reports “high level of sass” and sounds the alarm as Dad’s Emotions prepare to “put the foot down.” Dad starts to lecture Riley.

Riley’s Anger yells, “You want a piece of this, Pops?” and Riley tells Dad to shut up. In response, Dad’s Anger commands “Fire the foot!” as Dad tells Riley to go to her room. Riley briefly looks surprised, then leaves the table. Dad’s Fear exclaims, “The foot is down! The foot is down!” while Dad’s Emotions cheer. Dad’s Anger praises his Emotions saying, “Good job, gentlemen, that could have been a disaster.” Mom’s Emotions all moan, and Mom’s Sadness sighs, “Well, that was a disaster,” as Mom hears Riley’s bedroom door slam.

What happened in this family? It’s helpful to understand their conflict by using Joyce Hocker and William Wilmot’s definition of conflict from their book Interpersonal Conflict. The authors think of conflict as having five components:

Focusing on the last conflict component of emotion, the movie portrays anger as controlling Riley and her Dad. This makes the dinner scene an example of what can happen when anger is at the console. Everyone knows that the improper expression of anger can cause irreparable harm in close relationships. However, as Antonio Damasio points out in his book Descartes’ Error, reasoning without emotions can actually cause more harm than when emotions run free. Here’s how the author describes Descartes’ alleged error of separating feelings from reasoning:

When emotion is entirely left out of the reasoning picture, as happens in certain neurological conditions, reason turns out to be even more flawed than when emotion plays bad tricks on our decisions.

In other words, feelings are not a luxury, but a necessity. They are necessary to be able to predict the future and plan next steps, which are essential to navigating through any problem presented in a conflict. How then should you deal with negative emotions when you are in conflict? The answer isn’t easy, but is worth the effort. Rather than mindlessly reacting, notice your emotions and let them aid your reasoning to think through your options and choose the best course of action.

Express feelings rather than act them out

As shown at the end of the movie Inside Out, Riley’s family reached intimacy when they shared with each other their feelings. Riley felt sad, and had acted on this feeling by running away. But when she returned home, she shared with her parents her feeling of sadness. Her parents then shared how they too felt sad. But, unlike Riley’s family who waited until the end of the movie, you can start expressing feelings now by putting on your family’s calendar a regularly scheduled family meeting that is a safe place to discuss conflicts between family members and to take turns sharing emotions.