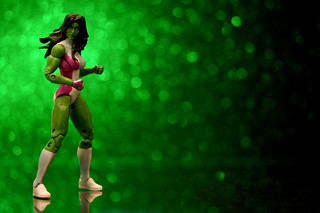 Like it or not, the Incredible Hulk smashes stuff. The Hulk at his core wants to defend the innocent from harm, but he also causes an enormous amount of suffering as he lays waste to anything in his berserk path. Patent litigation can feel like a collision with the Hulk. Both patent owners and alleged infringers will often feel smashed by patent litigation, regardless of who prevails. As patent litigation plods forward, it can abruptly careen out of control in startling ways. It’s kind of like the Hulk, who gains more gamma-radiation strength the angrier he gets. And like litigants trying to manage patent proceedings, Bruce Banner (the Hulk’s alter ego who is a brilliant scientist) cannot constrain the Hulk no matter how hard he tries.

Would you have guessed that Bruce Banner’s cousin, Jen Walters, became embroiled in patent litigation? By day, Jen is an attorney juggling client matters, but off the clock she’s the She-Hulk kicking bad guy you-know-what. While the Hulk behaves as a raging brute, Jen retains her intelligence and controls her temper as the She-Hulk, who gained her gamma powers from a blood transfusion with Bruce.

In the graphic novel, She-Hulk: Law and Disorder, Jen agreed to represent a patent owner, a widow of an independent inventor. The emerald heroine thought that she could quickly negotiate a settlement with the alleged infringer, the distinguished Tony Stark of Iron Man fame. However, Jen didn’t get to meet with Tony. Instead she was intercepted by Tony’s lawyer, who gave her the run-around. Jen abandoned negotiations, saying, “I’ll just see you in court.” But in court, things did not go well for Jen as she got inundated with motions from her opposing counsel, and each motion required her response. Later, the jade giantess felt discouraged and confided to her client, “I was thinking that the scope of this thing is getting a little out of control—I thought this would be a two-minute chat with Tony Stark.”

Disagreeing Without Being Disagreeable

Before the chaos began with out-of-control scope, the She-Hulk had the right idea to try to negotiate early. But if she had followed the Understanding Method of conflict resolution promoted by Gary Friedman, her goal would have been more than just a two-minute chat. If she and her client had really desired to understand the problem and work to a solution, three discussions could have occurred in patent mediation. Patent mediation can be especially effective when attorneys, managers, and technologists all participate to discuss law, business, and technology.

With the Understanding Model, the first discussion is about the law. For the She-Hulk, this discussion would focus on intellectual property. As Gary Friedman points out, the purpose of discussing the law is for the attorneys to educate the managers about the impact of the law on their case. This discussion is preferably done in three stages:

After the managers understand the legal realities facing their companies, they discuss their business realities. Depending on the relationship between the parties, this discussion can take many forms, as mangers explain their business situation to each other. For the She-Hulk, her client could have explained to Tony Stark that she was in possession of additional repulsor technology from her deceased husband, and that she would like to license the trade secrets to Stark Industries, which could have significantly benefited Iron Man.

Negotiate Based on Understanding

After these three discussions have occurred, the parties can negotiate together to find a resolution. Of course, this patent mediation process is significantly longer than a two-minute chat that the She-Hulk had anticipated. While the process may appear time consuming, it could have avoided her client’s courtroom confrontation and empowered her client to determine beneficial settlement proposals.

Patent litigation is hard on everyone, even for someone as tough as the She-Hulk. Before getting too entangled in such a clash, it is prudent to try to reach an agreement through patent mediation as early as possible. But even with early mediation, both plaintiffs and defendants may feel Hulk-like rage at the patent enforcement process. Please remember that while patent litigation is often a grueling course of action to have a patent case decided, our patent system has historically been a world-class empowerment of citizens from all walks of life to be inventors. According to Marshall Phelps, a former VP at Microsoft:

The world’s first democratized patent system bequeathed to us by our Founders was the crucial engine that powered our industrial growth in the nineteenth century and made us the preeminent economic super power that we are today.

Speaking of our country’s Founders, in the next post we’ll look at a Founder’s own ravaging encounter with alleged patent infringement. His name? None other than Thomas Jefferson. 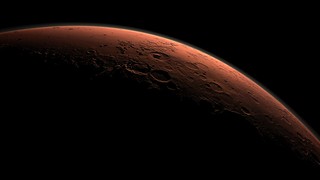 I hope none of us are ever in such dire straits as Mark Watney, the character from the book The Martian by Andy Weir and played by Matt Damon in the movie. Yet, despite Mark’s predicament of being stranded on Mars and his immense loneliness and desperation, he never lost sight of the importance of being a problem solver. Hopefully you are not feeling as if you are stranded on Mars by a conflict, but here are some ideas to use mediation to put a conflict behind you.

1) Prepare for rescue by focusing on the future

Problem solving kept Mark alive on Mars. To be a problem solver, he did not let the past of being abandoned by his crew interfere with what he wanted to achieve for his future. Staying focused on the future is also a good idea with mediation. While the courtroom is the place to explore the past to determine who is to blame, mediation provides the opportunity to look into the future to determine what outcome will feel like a rescue from Mars and give you a future that you can live with.

One of the first things Mark had to do was set his sights on his desired outcome, which was to stay alive until the next scheduled Mars landing in about three years (1480 sols). His goal kept him focused on his needs, such as conserving his food, rather than being distracted by his wants of eating a full meal. With mediation, understanding your needs and wants will help you achieve your goal.

Mark did a thorough job of collecting data about his problems, but even with such diligence, he invariably would forget some important piece of information that would cause havoc to his plans (“Everything went great right up to the explosion,” Mark Watney). Don’t suppress your intuition about what data will help you make good decisions. During a pre-conference phone call, let your mediator know if you need more information to have a productive mediation.

4) Take care of yourself

I was impressed by Mark’s recognition that he had to take care of himself in order to survive. If he became exhausted, he knew that he would not be able to deal with the next life-threatening event. Similarly, pace yourself in mediation. Ask your mediator for a break and go for a short walk to get the creative juices flowing. Make sure that you take care of yourself physically and emotionally.

Of course, the hallmark of Mark’s survival was his sense of humor. If your mediator brings humor into your mediation, use that time to relax and give your brain a rest before getting back to the serious work of resolving your dispute.

What else can we learn about mediation from The Martian? Think about the phrase, “Let’s work the problem, people,” spoken by Flight Director Gene Kranz played by Ed Harris in the movie Apollo 13.

Image: “Daybreak at Gale Crater” (CC BY 2.0) by NASA Goddard Photo and Video.