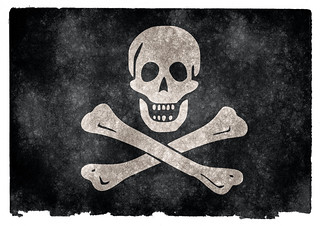 In Gilbert and Sullivan’s comic opera The Pirates of Penzance, Frederic, a pirate apprentice, was faced with a “most ingenious paradox.” A paradox is a situation with two competing sides that appear as a contradiction. The Pirate King explained the paradox to Frederic. Frederic was bound by contract to serve the Pirate King as an apprentice until he reached his “twenty-first birthday.” But Frederic was born on a leap day, the 29th of February that only appears on the calendar every four years. So although Frederic could count 21 years of his life, he could count only 5 birthdays. His paradox was that his age was 21 and 5 at the same time, depending on the method of calculation. Here’s how Frederic explained his situation:

How quaint the ways of Paradox!
At common sense she gaily mocks!
Though counting in the usual way,
Years twenty-one I’ve been alive,
Yet reckoning by my natal day,
I am a little boy of five!

This paradox placed Frederic in a conflict with the Pirate King over the interpretation of the contract that defined his freedom. When we are in conflict, we may also experience our own paradoxes. In fact, Bernard Mayer describes seven conflict paradoxes in his book, The Conflict Paradox. Let’s take a look at these through Frederic’s eyes.

In negotiation, offers can be considered either competitive or cooperative. For example, when Frederic was faced with the news that his indenture with the pirates was to last another 63 years, he took a cooperative approach by playing nice and asking, “You don’t mean to say you are going to hold me to that?” He sought to cooperate with the Pirate King to find a solution. In contrast, when Frederic’s love interest, Mabel, got the news, she took a more competitive stance by acting tough and asserting that the pirates “have no legal claim.” She appeared ready to challenge the pirates. Choosing between competition and cooperation can be a tricky balancing act. As Bernard Mayer teaches, cooperation tends to yield better results, yet without competition there may be no motivation to cooperate. In this case, Frederic would have benefited from balancing his cooperative approach with Mabel’s competitive approach, rather than simply telling Mabel that “when Duty calls, I must obey.”

An optimist may be confident that everything will work out. A realist might say, “Don’t believe everything you think.” Bernard Mayer points out that optimism without realism is not meaningful, while realism without optimism is a dead end. When motivated by optimism and guided by realism, one can wrestle with uncertainty and doubt. In Frederic’s case, he displayed optimism with laughter as the Pirate King described the paradox. But the optimistic outlook soon vanished when Frederic was faced with the reality of his contract with the Pirate King, leaving Frederic in a state of confusion. Bernard Mayer recommends approaching such confusion under the assumption that a way can be found forward that will make a difference, but with the full knowledge that there is no guarantee that there will be a successful conclusion to the conflict.

We pick our battles by choosing to raise a conflict or ignore it. Before learning the news about his contract, Frederic enlisted the police to hunt down the pirates. Mabel tried to encourage the police to engage against the pirates by exhorting, “Go, ye heroes, go to glory, though you die in combat gory.” In comic display, the police avoided the pirates by staying in place while saying, “Yes, yes, we go.” Such avoidance, while frustrating to Mabel, may have been the prudent course of action in this case. For example, Bernard Mayer recommends waiting a bit before confrontation and, in the meantime, asking for more information in order to prepare for constructive engagement when the time is right.

Compromising on principles can be considered cowardly, while being unwilling to compromise for practical reasons can be considered arrogant. Bernard Mayer recommends that in order to advance our principles that are based on our most important values and beliefs, we have to be willing to compromise on those principles. He put it another way with the phrase: Never let your values get in the way of doing what is right. Frederic would have benefited from this advice. Instead, he clung to the principle that “duty is before all—at any price I will do my duty.” In contrast, Bernard Mayer might have told Frederic that his approach to conflict could have improved by distinguishing interests from principles.

Traditionally, emotion and logic are kept separate under the belief that logic is an aspect of the left-brain and emotion is an aspect of the right-brain. However, Bernard Mayer believes that emotion and logic are best integrated as part of the same conflict resolution process of expression and analysis. For Frederic, he logically told Mabel that he will return to her in 63 years, while Mabel responded emotionally (and accurately), “It seems so long!” Frederic would have benefited by integrating some of Mabel’s emotional expression into his own logical analysis.

While most disputing parties are willing to have a neutral third-party assist with conflict resolution, parties ultimately hope that a neutral third-party will be an advocate for their position. In Frederic’s case, Mabel went to the Sergeant of Police and imploringly advocated that Frederic was acting nobly by returning to piracy, because of his “heroic sacrifice to his sense of duty.” Comically, the Sergeant wanted to concur, but he did admit, “This is perplexing.” Bernard Mayer acknowledges the perplexing nature of the tension between neutrality and advocacy, especially in relation to the contrasting styles of transformative and evaluative mediation.

Bernard Mayer defines community as interdependence with others in our lives and autonomy as independence with individuality. Both community and autonomy give one a sense of identity of who one is. Frederic wanted his autonomy by breaking free from the pirates. He explained, “Individually, I love you all with affection unspeakable; but collectively, I look upon you with a disgust that amounts to absolute detestation.” Bernard Mayer explains that both community and autonomy are necessary in life. Specifically, independence is established by having a healthy attachment to others, and one can become truly autonomous by having a healthy network of social relationships. Of course, Frederic recognized that his relationship with the pirates was unhealthy, and so he attempted to free himself from them.

Before Frederic was faced with his paradox, Mabel’s father, Major-General Stanley, introduced himself by asserting that “I am the very model of a modern Major-General.” He further exclaimed that “I’ve a pretty taste for paradox.” Bernard Mayer shows his taste for paradox by saying that both sides of a conflict paradox “are not really polarities” because “each element of the paradox is dependent on the other.” Bernard Mayer acknowledges that finding the unity of each polarity is difficult to do, but teaches that “embracing paradox is a core method of dealing with conflict.” Have you ever dealt with conflict by embracing a paradox?