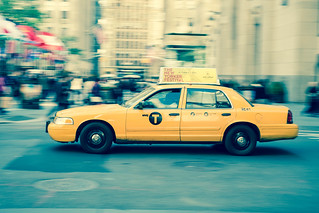 For an elder, few things are as symbolic of the loss of freedom as the phrase “giving up the car keys.” Elaine Stritch illustrates this well in her documentary Shoot Me, filmed when she was 86 years old. At the beginning of the documentary, it was clear how full of life she was walking the streets of New York City. She trotted on the sidewalks with driven determination, pausing along the way to engage with fans who recognized this Tony Award winning Broadway legend. And, as she connected with passersby, she delivered witty remarks that indicated that she not only was a master of active listening but that her mind was sharp as a tack.

Yet, before these introductory Manhattan neighborhood scenes, even before the opening credits, Elaine was filmed in her apartment responding to a question about how she felt about her life at age 86. She emphatically stated with her saucy voice:

Look. I’ve got a certain amount of fame. I’ve got money. I wish I could [expletive] drive! Then I’d really be a menace.

For Elaine, who was bounding with energy at 86 years old, she was frustrated at having to give up the car keys. Considering the sense of isolation and dependency that comes from not being able to drive, giving up the car keys can feel like a devastating experience.

If the name Elaine Stritch does not sound familiar to you, you may recognize her from her guest appearances on 30 Rock as Jack Donaghy’s mother. For theatregoers, she is famous as the grande dame of Broadway musical comedies featuring songs from Stephen Sondheim. In her documentary, she reprised those Sondheim songs in cabaret shows while occasionally forgetting her lyrics. Despite her memory lapses, she connected with her audience to the envy of any attorney attempting to connect with a jury.

In her documentary, for example, a reviewer of one of her performances writes: “The mere presence of this lean, glaring lion of a woman said everything about resilience, feisty determination, and the will to continue. Almost any other performer would probably throw in the towel, but a trouper grits her teeth and plunges ahead, trusting in her survival instincts to carry her through any crisis. That is exactly what Ms. Stritch did, to wild acclaim.” To see an example of her classy determination to push through her forgotten lyrics, watch her performance of I’m Still Here sung at the White House.

The documentary showed much more than just Elaine’s stage presence. It also chronicled her daily struggles with diabetes and alcoholism. For example, after being rushed to the hospital due to a sudden drop in blood sugar, Elaine described what it was like when she was physically unable to talk, yet her mind was fully engaged. Throughout the documentary, her transparency allowed the viewer to journey alongside her as she dealt with the advances of age.

Transparent conversations don’t have to be limited to up-close and personal documentaries. Transparency can be between adult children and their parents by participating in family facilitation. Like Elaine sharing with the camera about her hopes and fears, in facilitation an elder parent can intimately share with his or her family the emotions of aging. Similarly, strained sibling relationships can be eased when an adult child shares with other siblings concerns about what is often called “caregiver burnout.” With the goal of planning for the right level of care, families can collaboratively make tough decisions that come along with aging.

A family meeting with a facilitator can be effective because it enables families to go beneath the surface and uncover what is important for each family member. As an elder parent enters a life transition, families can go beneath positions and uncover interests. In the classic book Getting to Yes, Roger Fisher and William Ury explain that positions are things you want, while interests indicate why you want it or think the way you do about it. Often, families will get stuck in arguments over declared positions. Family facilitation can help preserve family ties by having difficult conversations that recognize and satisfy interests. For example, an adult child might take the position that the elder parent must no longer drive. By exploring why the adult child has taken this position, and why an elder parent needs access to transportation, solutions can be explored that balance the twin desires of safety and independence. While this type of collaborative dialogue may take time, understanding what is important to everyone is time well spent to reach family decisions based on mutual understanding.

Elaine helps us understand her views of aging when she explained:

I like the courage of age. And Bette Davis said it better than anyone, you know? Not for sissies. Getting old is not for sissies. And I never liked the word ‘old.’ I like ‘older.’ I’m getting older every single day, and so is everybody else. So we’re all going together. Ba-boom, ba-boom, ba-boom. And why not enjoy it? ‘Cause there’s not a [expletive] thing you can do about it.

Similar to Elaine looking ahead to her life’s curtain call with brave honesty, elder parents can map out their plans for what they still want to accomplish. Family facilitation can strengthen family bonds by uncovering dreams as well as recognizing vulnerabilities. By engaging in family discussions, adult children can help their parents cast themselves in their life’s scripts and understudy Elaine by living life with pizzazz.