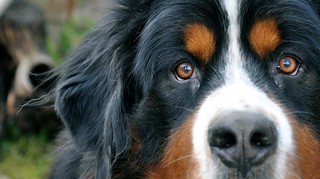 There is a saying that dogs don’t bark at parked cars. It’s funny how a dog will chase what’s in motion and ignore what is standing still. In reality, just because something is moving doesn’t mean it deserves attention. In conflict, the issue you are facing may be the equivalent of a moving car. But you might want to consider whether the parked car of an emotion might also deserve some thought. After all, an emotion may actually be what’s driving your decisions.

University of Lincoln’s study of dogs

It turns out that your dog pays attention not just to moving cars, but to your emotions as well. As reported in ScienceDaily, a study by the University of Lincoln shows that dogs can recognize human emotions. If you are a dog person, you’ve probably always suspected this. If you are a cat person, you are probably asking how this can be. Well, dogs simultaneously saw images and heard voices of people experiencing certain emotions. The tricky part is that when the emotions of the two were the same, such as a happy picture and a happy voice, the dogs spent much more time looking at the picture. This showed that dogs pick up on our emotions. If dogs can do it, let’s try to do it too.

1) Emotions can signal where you need to pay attention

Emotions are generally categorized as positive, such as happy, or negative, such as sad. However, this positive-negative categorization can be misleading because emotions themselves are morally neutral. It’s how you express emotions and what you do with them that you need to watch. For example, if anger clouds your reason, then you may make poor decisions. On the other hand, Harriet Lerner explains in her book The Dance of Anger that anger can be used as a tool for change. Don’t ignore your emotion as a dog ignores a parked car.

2) Try to understand what is behind an emotion

In his book The Seven Habits of Highly Effective People, Stephen Covey was on a subway when he observed a father and his out-of-control children. He felt anger at what he perceived as a father who was incompetent and derelict. Thank goodness that he didn’t act improperly on his feeling of anger because he later learned that the children’s mother had recently passed away. There was nothing wrong with Stephen Covey’s feeling of anger, but he allowed his anger to cause a snap judgment. He was like the dog chasing after a moving car, until he explored what was actually going on. Similarly, mediation and facilitation helps you explore the cause of a conflict in order to resolve it.

3) Get moving in the right direction

The word “emotion” comes from the Latin word emovere. Although it sounds like a spell out of Hogwarts, it means “to move or set into motion.” In fact, the word “motivation” also comes from emovere. At the very least, foster the emotion of happiness. In his book The Happiness Advantage, Shawn Achor describes what he calls the “Tetris Effect” that helps you spot opportunities from patterns of possibilities. Noticing your parked cars of opportunities is what makes mediation and facilitation so helpful.

Do you prefer cats or dogs?

While we are speaking of pets and emotions, I am curious. Are you a cat person or dog person? I tend to think of myself as a dog person because I get a kick out of playing pooch tug-of-war. But, I have to admit that our last cat had me wrapped around her little claw. Even though her meowing would wake me in the middle of the night, after she passed away, I missed her terribly. Okay, I’ll say it. The emotion I felt was “sad.”

How about you? Whether you are a dog or a cat person, what can you learn about emotions from your pet?